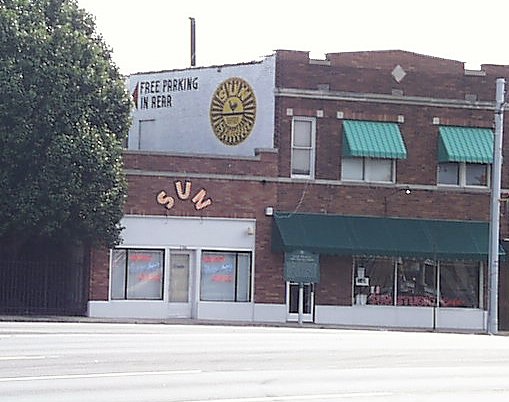 The next day after my trip to Graceland, I drove by Sun Studio

(it was too early for a tour).

In 1953, Elvis walked into Sun Studio, and recorded his voice onto a demo tape of acetate. He entered Sam Phillips' nodescript studio because his studio would "record anything, anywhere, anytime". His first hit was "That's All Right", recorded in 1954. He would record a handful of songs for the small label, before signing with RCA in 1955. The small studio still records music today.

After my drive-by, I visited a record store (Cat's Compact Discs and Cassette, 1569 Union Avenue, Memphis, TN) and bought my first Elvis album...